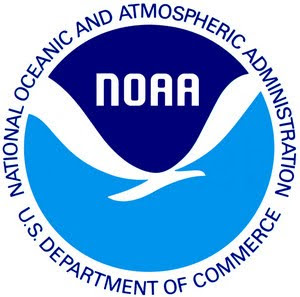 By Tony Hake
Despite Congress’ inability to agree to climate change legislation, falling public belief in global warming, and new questions about the science behind the theory, the Obama administration announced plans to launch a new climate change agency. Falling under the umbrella of the National Oceanic and Atmospheric Administration (NOAA), the Climate Service would be the U.S. government’s one-stop-shop for climate change information. U.S. Commerce Secretary Gary Locke said, “By providing critical planning information that our businesses and our communities need, NOAA Climate Service will help tackle head-on the challenges of mitigating and adapting to climate change.” Locke reiterated President Barack Obama’s oft-repeated refrain that ‘green jobs’ and technology will help the nation out of the recession. “In the process, we’ll discover new technologies, build new businesses and create new jobs.” The new service would bring together all of NOAA’s climate-related departments under a single agency called the NOAA Climate Service. NOAA Administrator Jane Lubchenco said it would look much like the National Weather Service but dedicated to climate change instead of weather. Carol Browner, President Obama’s ‘global warming czar’, echoed Lubchenco saying, “Through NOAA’s improved climate services we will be better able to confront climate change, and the many challenges it presents for our environment, security, and economy.” The timing of the announcement has raised eyebrows given the current state of climate science and growing doubt amid the public and policy leaders. One claim in NOAA’s press release has drawn been looked at with bemusement by some. Touting NOAA’s past climate work, the statement discussed, “The climate research, observations, modeling, predictions and assessments generated by NOAA’s top scientists – including Nobel Peace Prize award-winners.” This presumably is alluding to the work of many climate scientists on the United Nations’ Intergovernmental Panel on Climate Change (IPCC). The IPCC received a Nobel Peace Prize in 2007 for its work on climate science and the group’s AR4 report has been viewed as one of the most important pieces of work in the field. That very same report however has recently come under fire for dozens of errors and questionable citations. Claims of disappearing glaciers and rain forests, humanitarian disasters in Africa, increased natural disasters and more have all been disproven in recent weeks. Scientists that participated in the authoring of the report have said the spurious claims were included simply for political reasons. Some of those very same scientists were also at the forefront of the Climategate email scandal that continues to reverberate throughout the discussion on manmade climate change. The source of those emails, the University of East Anglia in Britain, has been found to have broken the law by trying to prevent the release of climate information. The head of the Climate Research Unit (CRU) at the university, Dr. Phil Jones, continues to be investigated for his role. Jones and his fellow scientists at CRU were principal contributing authors to the IPCC’s work. In the United States, Dr. Michael Mann of Penn State University similarly finds himself under investigation. Dr. Rajendra Pachauri, head of the IPCC, has similarly come under fire after it was revealed he chose to ignore the errors leading up to the Climate Change Conference in Copenhagen in Denmark. Investigations by British media have also shown that Pachauri has financially benefitted from his position raising calls that he has a severe conflict of interest. The attempt to create a new government agency is being viewed by some as an ‘end run’ by the Obama administration around Congress and the American people. Climate change legislation incorporating a cap and trade tax scheme was considered a hallmark of the administration but it has since stalled in Congress. While the House of Representatives passed a version of the legislation, a similar measure sits fallow in the Senate and it appears unlikely it will move forward any time soon. Public doubts about global warming are also on the rise as shown by recent polls. According to the Pew Research Center, it ranks last in what the public believes should be a priority for the federal government. The American people, already casting a wary eye on a growing U.S. government and ballooning debt are not likely to view the new agency favorably. The state of climate science has not been at a lower point than it is now. 2009 was dubbed “The year climate change and global warming activists would like to forget” for the many events that dealt significant blow to the theory.Source