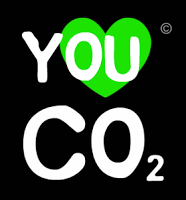 “If we regard the fulfilment of our purpose as contingent upon any circumstances, past, present or future, we are not making use of first cause, we have descended to the level of secondary causation, which is the region of doubts, fears and limitations, all of which we are impressing upon the universal subjective mind, with the inevitable result that it will build up corresponding external conditions.”

I am quoting Troward because the current political climate of junk science zeitgeist is madness, or at least crazy making. History tells us that prosperity has always advanced as inflation permitted. A steady increase in the money supply leads to higher prices and wages to measure them, and more people able to participate. Adjusted for inflation, copper, iron, oil, and gas, e.g., are not much more expensive than they were in the early 20th century, and we have more supply available and more people have electricity and transportation. There are no shortages of resources; only the cautionary principle keeps resources from being elevated to economic reserves. The bleak Dickensian world has gotten a great deal smaller as the ‘American Dream’ expanded to Asia. The environmental impact also, adjusted for inflation, is less and society has generally progressed, as is reflected in human lifespan in the west.

A common web of fear links misguided environmentalism, peak oil and AGW. Environmental lobby groups (ELGs) since their inception have had a stronger inflationary effect than historical supply and demand pull and push. Witness the oil sands, for example, uneconomic in the early going but reaching ore grade by gradual steps and external (secondary) jumps, ratcheting upward to economic viability. In recent years, a number of ELGs have come to question the cost in CO2 and open pit mining. I will come back to that later.

Gradual inflation has allowed the development of oil sands and similar projects, and will lead to logical scientific and technical development of kerogen shale as it has already permitted the developments in unconventional shale oil and gas. Furthermore, there are vast areas untouched on continental shelves and in arctic Canada. How much hydrocarbon lies under the shelf off Bangladesh? I do not know, but I am willing to bet there is some. The Alaskan NWR could be drilled today from a platform of 2,000 acres.

Our situation in 2009, however, is that secondary causation (fear of the future) has disrupted the steady growth of prosperity. For instance, after 30 years of mining the oil sands footprint covers 0.072% (72 /100,000) of the total land area of Alberta and could ultimately reach 3,000 km2 (0.45%) without equilibrium reclamation (No reclamation has ever been approved by Alberta, so you see where that puts the companies; Syncrude has reclaimed over 23% but is vulnerable to not having that approved by bureaucrats in the thrall of ELGs). With reclamation, the proportion will shrink from 0.072% to zero.

The annual CO2 contribution, moreover, is 4% of Canada’s 2% of the global 2% or 6 parts per billion (0.0016% of 380 ppm), a di minimis figure considering the CO2 seawater equilibrium of 50; nearly all of it will dissolve in the cooling oceans. That estimate is vanishingly small in the context that CO2 may not even be a greenhouse gas, and that water vapour moderates climate modulated by cosmic radiation. As I look out my Toronto window at the current rainy season, I realise I am in the Great Lakes cloud chamber and have been watching scenes like this for the past three years of the sunspot cycle. The sun, not CO2, drives the weather and the climate. Government in the thrall of ELGs is attempting the modify behaviour, based upon a deeply flawed secondary causation argument that resources and ingenuity are finite, and that CO2 is pollution. All this arises from fear; history shows that, in fact, prosperity is the best birth control.

“The technical groundwork may be in place for a fundamental shift in oil shale economics,” the Rand Corporation recently declared. “Advances in thermally conductive in-situ conversion may enable shale-derived oil to be competitive with crude oil at prices below $40 per barrel. If this becomes the case, oil shale development may soon occupy a very prominent position in the national energy agenda.

Estimated U.S. oil shale reserves total an astonishing 1.5 trillion barrels of oil – or more than five times the stated reserves of Saudi Arabia. This energy bounty is simply too large to ignore any longer, assuming that the reserves are economically viable. And yet, oil shale lies far from the radar screen of most investors.”

Without fear or doubt, peak hydrocarbon is 1,000 years away. Relax the planet is fine…

—
Make your voice heard! Submit your letter, article, or story to info [at] ilovecarbondioxide.com