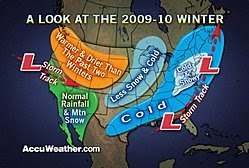 It must be that the believers in “global warming” all live in caves and do not wander out to discover what is really happening on the planet.

The constant and hysterical cries from the global warming crowd claim that we have merely months, weeks and days before we’re toast.

Of course, the “solution” they offer is the appalling “Cap-and-Trade” bill that the Obama gang is trying to rush through Congress. We are supposed to believe that a huge tax on all use of electricity will “solve” the peril of global warming by cutting “greenhouse gas emissions.”

We are supposed to believe it is wise policy to slow or stop the building of coal-fired or nuclear plants to generate electricity.

We are supposed to believe that the vast coal, oil, and natural gas resources throughout the nation are not to be extracted to keep us warm in the coming years of cold weather or to fuel the nation’s vast fleet of cars and trucks.

For many throughout the nation and the world, a walk outside tells them a very different story.

Over at ClimateDepot.com the headlines read: “Baltimore: ‘Record low temp tied, another on the way—a summer without much heat.’” And “Not so peachy: Ohio cold snap takes bite out of local peach crop.” Remember, it’s JULY.

At IceAgeNow.com you will find notices of cold spells in Peru, the coldest May in New Zealand, reports of frost in Canada, and of temperature records shattered in northern Michigan and throughout New England.

AccuWeather.com’s Chief Meteorologist, Joe Bastardi, an expert on long range forecasting, is predicting that “cooler-than-normal weather this summer in the Northeast could point to a cold, snowy winter for the Northeast and mid-Atlantic states.”

Ironically, Bastardi predicts that the cold weather will be “centered over the area from Boston to Washington, D.C.” On September 8, the “climate bill”, aka “Cap-and-Trade” is scheduled for a vote and who knows, the snow could be several feet thick in the streets outside the Capitol? Last year when protesters gathered to demand the coal-fired plant providing energy to the Capitol Building be shut down did so in a snow storm!

Is the Earth cooling? Yes and it has been for a decade. The cooling is likely to continue for several more decades and you better pray it doesn’t turn into a full-fledged new ice age because the planet is at the end of a 11,500 year interglacial period similar to previous cycles that preceded ice ages.

Bastardi attributes his forecast to factors that include “a combination of El Nino and worldwide volcanic activity over the past six to nine months” which he says “may have played a role in causing this trend.”

Not mentioned is the present inactivity of sunspots, solar storms on the Sun that has been ongoing for quite some while. For an explanation of why this is bad news relative to the planet’s overall climate, click here.

The purpose of this exercise is, of course, to point out the obvious. The climate of the Earth, wherever one happens to be is cooling and is likely to continue.

That is why anyone and everyone citing “global warming” is a liar and deserves the contempt, derision, and acrimony of the Earth’s entire population.