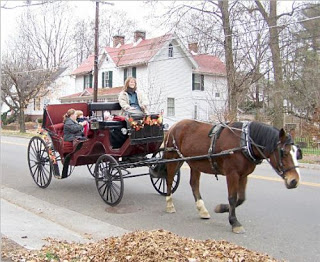 The Wright brothers had just made history. Coal and wood heated homes. Few had telephones or electricity. AC units were handheld fans. Ice blocks cooled ice boxes. New York City collected 900,000 tons of vehicle emissions – horse manure – annually, and dumped it into local rivers. Lung and intestinal diseases were rampant. Life expectancy was 47. Today, President Obama wants to prevent “runaway global warming,” by slashing US carbon dioxide emissions to 80% below 1990 levels by 2050. According to Oak Ridge National Laboratory data, this reduction would return the United States to emission levels last seen in those halcyon days of 1905! But America’s 1905 population was 84 million, versus 308 million today. We didn’t drive or fly, or generate electricity for offices, factories, schools or hospitals. To account for those differences, we’d have to send CO2 emissions back to 1862 levels. The Civil War was raging. Nine of ten Americans were farmers (versus 2% today). The industrial revolution was in its infancy. Malaria halted construction on the Washington, DC aqueduct. Typhus and cholera killed thousands more every year. Life expectancy was 40 – half of what affordable hydrocarbon, hydroelectric and nuclear power helped make it today. None of this seems to matter to the Obama Administration or liberal Democrats. The 648-page Waxman-Markey climate bill would compel an 80% CO2 reduction, by imposing punitive cap-and-tax restrictions on virtually every hydrocarbon-using business, motorist and family. That’s making some legislators nervous, as they ponder the health, economic and employment effects of restricting energy supplies and driving up the cost of everything we eat, drink, make and do – especially in 20 states that get 60-98% of their electricity from coal. So to prod Congress into action, or achieve the 80% target via regulatory edict, the Obama Environmental Protection Agency has decreed that natural, plant-enhancing, life-sustaining carbon dioxide “endangers human health and welfare.” The authoritarian actions it is contemplating would regulate cars, trains, boats and planes; pave the way for regulating farms and factories, hospitals, schools, malls and apartment buildings, computer servers and lawn mowers; and send energy prices skyrocketing. It is astonishing how casually activists, bureaucrats, politicians and even some corporate executives advocate arbitrary CO2 reduction targets and timetables – as though they were possible, desirable or necessary. The targets reflect worst-case scenarios generated by computer models. But the models assume human CO2 now drives climate changes that have been occurring for eons. They ignore many natural forces, and inadequately analyze incomplete data, based on our still limited grasp of complex climate processes. They cannot accurately replicate last year’s regional climate shifts or predict changes even one year in the future. They ignore Earth’s history of repeated climate changes, and failed to anticipate the slowly declining global temperatures of 1995-2008. Thousands of climate and other scientist say there is no climate crisis, and CO2 plays little or no substantive role in climate change. A new Rasmussen poll finds that 48% of registered American voters now believe climate change is caused by planetary and other natural forces. Only a third still believe it’s due mostly to humans. Climate realists also recognize that, even if America eliminated all of its greenhouse gas emissions, increasing Chinese and Indian carbon dioxide emissions would promptly offset our draconian cuts. This alarms Climate Armageddonites. They fear it’s now or never to wrest control over energy and the economic, manufacturing and transportation activities it fuels. Now or never to profit from cap-and-tax laws, renewable energy mandates, and a forced shift away from hydrocarbons that now provide 85% of US energy. “Socially responsible” corporate groups like the Carbon Offset Providers Coalition are banking on passage of Waxman-Markey or similar legislation. They want to ensure that any CO2 regime is “rigorous and efficient,” to foster high carbon prices, maximum subsidies and strong profits. President Obama says cap-and-trade will “raise” $656 billion over the next decade. The National Economic Council and other analysts put the tax bite at $1.3 to $3.0 trillion. This is not monetary manna. The wealth will be extracted from every hydrocarbon-using business, motorist and family. The intrusive energy rules and taxes will clobber households, manufacturers, farmers, truckers and airlines. The poorest families will get energy welfare, to offset part of their $500-3,000 increase in annual heating, cooling, transportation and food expenses. Everyone else will have to trim health, vacation, charity, college and retirement budgets to pay for energy. Every increase in energy prices will result in more businesses laying off workers or closing their doors, more jobs sent overseas, more families forced into welfare, more school districts, hospitals and churches into whirlpools of red ink. Exactly how will they, your family, your business eliminate 80% of CO2 emissions by 2050? Exactly how will you pay those skyrocketing fuel bills? The Nature Conservancy predicts that, by 2030, “eco-friendly” wind, solar and biofuel projects will require extra land equivalent to Minnesota, to produce the energy we now get from oil, gas and coal. Interior Secretary Salazar’s proposal to have offshore wind turbines replace gas, coal and nuclear electricity generators would mean 336,000 3.25MW behemoths off our coasts – if they operate 24/7/365. Far more if they don’t. Where exactly will we site those turbines – and get the billions of tons of concrete, steel, copper and fiberglass it will take to build and install the expensive, unreliable, subsidized monsters? My grandmother used to say, The only good thing about the “good old days” is that they’re gone. Few Americans will be enthralled by the prospect of returning to that era. Fewer will relish the hefty price tag – and damage to their freedoms, budgets, jobs and living standards. The White House, EPA and Congress need to take a chill pill. _______________ Paul Driessen is senior policy advisor for the Congress of Racial Equality and Committee For A Constructive Tomorrow. Sourced via email