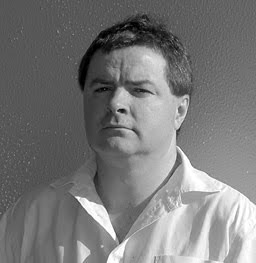 Environmentalists campaigned against urban development that could have saved many Haitians

It is only a matter of time before Environmentalists and some scientists blame the Haiti earthquake and its massive death toll on Global Warming. They have already laid the groundwork with this Sept 2009 article in the UK Guardian newspaper. According to Professor Bill McGuire, director of the Benfield Hazard Research Center, at University College London an upcoming scientific conference would show how “global warming threatens the planet in a new and unexpected way – by triggering earthquakes, tsunamis, avalanches and volcanic eruptions.” Despite these claims the earthquake in Haiti was not caused by Global Warming.

And the death and destruction was not because Haitians had made a pact with the devil.

The reason so many people died in Haiti is because its people live in poorly built houses and have not benefited from development which brings with it cities and houses which can withstand earthquakes.

But guess who are the most active opponents of cities and modern concrete housing?

The environmental movement, sees cities and growing urbanization as “unsustainable” and something that must be stopped. Mark Fenn, the head of the World Wildlife Fund (WWF) in Madagascar, believes development, in the form of jobs and prosperity, will be a negative for some of the world’s most impoverished people. These environmentalists view development as an evil – destroying indigenous cultures. As the millionaire Hollywood actor Ed Begley Jr. says they may be poor, but they seem happy and development might threaten this happiness.
For Begley rampant child mortality and horrible deaths in inadequate houses during earthquakes are small prices for others to pay as long we can visit them on eco-holidays.

Environmentalists call this sustainable development but the only thing sustained is poverty. In the face of this massive earthquake it has meant visiting death and destruction on some of the poorest people on the planet. Shame on environmentalists, and shame on Ed Begley Jr.