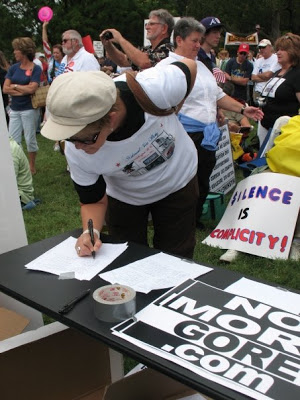 It has been nearly three decades since I first wrote that “global warming” was a hoax and I have had to repeat myself countless times since then. Along the way I met many of the so-called “deniers” and dissenters. I had correspondence with others. We all knew that Al Gore was lying. We all know that President Obama is lying,

And yet the lies continue. The most amazing aspect of the hoax is that, despite a decade of global cooling, the mainstream media, print and electronic, relentlessly continue to write about “greenhouse gases” as if they have anything to do with the Earth’s climate.

The primary greenhouse gas in the Earth’s atmosphere is 95% WATER VAPOR. The primary source of warming and cooling on Earth is the SUN.

The claim that carbon dioxide (CO2) has anything to do with the climate, other than to react to changes in it hundreds of years after they occur, is totally discredited, but I still read magazines like Business Week or The Economist, Time and Newsweek, as well as newspapers, whose reporters and editors demonstrate an astonishing ignorance—a willful ignorance—by continuing to publish global warming lies saying that CO2 emissions must be reduced..

Even the advocates of global warming began to speak and write about “climate change” several years ago in order to avoid the obvious fact that the Earth began cooling in 1998.

As if the Earth’s 4.5 billion year history is not one long record of climate change!

As if there would be any life on Earth without carbon dioxide, the plant food of all vegetation that in turn sustains animal life.

Led by Joseph Bast, The Heartland Institute, a non-profit, free market think tank has been at the forefront of the battle for truth for many years. In 2008 and 2009, the Institute brought together the finest minds from the world of meteorology and climatology in conferences that were a marathon of scientific symposia that laid waste to the bogus claims of global warming.

I attended both conferences and had an opportunity to meet some of the “deniers”. In the beginning there were a handful such as Dr. Richard S. Lindzen, the Alfred P. Sloan Professor of Meteorology, Department of Earth, Atmospheric and Planetary Sciences at the Massachusetts Institute of Technology. He does not suffer fools easily.

Others who joined the struggle against an avalanche of lies about “global warming” included Drs. Patrick J. Michaels, Robert Balling, Tim Ball, and S. Fred Singer, an atmospheric physicist at George Mason University and founder of the Science and Environmental Policy Project, a think tank on climate and environmental issues.

There were other academics that included Dr’s Willie Soon, Joseph D’Aleo, Vincent Gray, and William Gray, all meteorologists and climatologists of international repute, as well as Howard Hayden, an Emeritus Professor of Physics.

In time, a handful of skilled science writers translated the data for the public. They include Christopher C. Horner, Marc Morano, Steven Milloy, Jay Lehr, and Paul Driessen. Dennis T. Avery, a senior fellow of the Hudson Institute, wrote articles that gained favor with the mainstream media and did much to undermine the global warming lies.

Think tanks such as The Heartland Institute, the Hudson Institute, the Competitive Enterprise Institute, and the Business & Media Institute all deserve praise for taking leading roles in disputing and debunking the global warming hoax.

Editor’s note: There are others unnamed for purposes of length, but who are no less deserving of honor.

The propaganda war to smear these men continues to this day. A favorite tactic to discredit them was to post “biographies” on Wikipedia suggesting they were all in the pay of corporations and could not be trusted.

The work of these think tanks and individuals is hardly over. The horrid “Cap-and-Trade bill, its name changed in the Senate to deceive everyone into believing it’s about the foolishness of so-called “clean energy”, is a nightmare of taxation on energy use and a vast transference of billions to near useless “renewables” (solar and wind).

At the same time, access and use of America’s vast energy reserves of coal, natural gas, and oil continues to be denied by a Congress and administration that is hell bent on destroying the nation’s economy.

The “deniers” are being vindicated by Mother Nature. The truths they have been telling are showing up this year in America and around the world in early snowfalls, icy road conditions, and blizzards to come that will bring entire cities to a standstill. Spring and summer may be a little late in 2010.

In time, the “deniers” will be honored for their service to humanity, for their courage, and for hopefully saving this nation and others from the torrent of deceit coming out of the United Nations Intergovernmental Panel on Climate Change and every environmental organization in America and worldwide.

Alan Caruba is the founder of The National Anxiety Center, a clearinghouse for information about “scare campaigns” designed to influence public opinion and policy. He blogs daily at factsnotfantasy.blogspot.com.