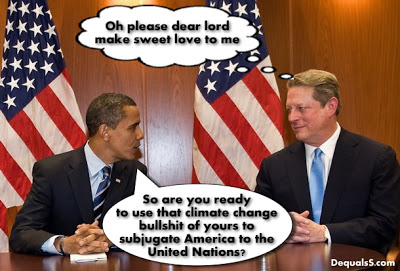 The three eco commies are getting together to plan their next premeditated rape of the American taxpayer, the carbon trading scam. Nice huh?

President-elect Barack Obama and Vice President-elect Joe Biden met with former Vice-President Al Bore last month “to discuss energy and climate change and how policies in this area can stimulate the economy and create jobs.” Gore endorsed Obama in June and the two spoke regularly throughout the election season. Obama has spoken multiple times of his fondness of the former Veep and the fact that he would draw upon his expertise on climate change in his administration.

A slimy trio to say the least.