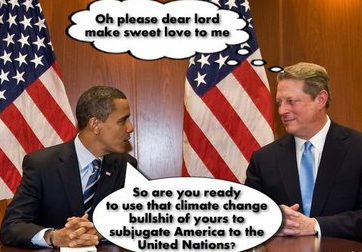 If there is one thing Americans began to rapidly conclude following his inauguration in January, it is that President Barack Obama lies all the time and that those lies are often blatant. In pursuit of the “Cap-and-Trade” act that is a huge tax on all energy use in America, Obama’s favorite mantra is that massive subsidies to wind and solar energy producers, as well as biofuel producers, will generate millions of new “green” jobs. Perhaps the worst part of this lie is that they will actually destroy jobs. In the July edition of Energy Tribune, Michael Economides and Peter Glover co-authored “Green Jobs: Fast-Tracking Economic Suicide.” I know Economides and he is internationally recognized as one of the world’s authorities on energy issues. “Creating ex nihilo—literally, out of nothing—used to be a theological concept, God’s prerogative. Today, it seems, President Obama and certain Western politicians claim to possess the ability to do it,” write the article’s authors. “Against all the laws of economics and the marketplace, President Obama and others believe they can create millions of ‘green’ jobs ex nihilo, literally out of thin air, via cap and trade.” There are two driving forces behind Cap-and-Trade. One is the claim that “green” energy producers will generate new jobs if the government just provides a combination of legislative mandates for its use (wind and solar) and, two, that a massive new trading apparatus in “carbon credits” for the generation of “greenhouse gas emissions” will protect the Earth against “global warming.” It is increasingly obvious to everyone that the Earth is cooling, breaking thousands of previous records for cool weather in cities around America and similar conditions worldwide. The tide, too, is turning against the “global warming” hoax that is failing in the face of the obvious cooling weather and climate. Using “global warming” to justify any government mandates or to empower the Environmental Protection Agency to regulate carbon dioxide as a “pollutant” is a lie. It is a very big lie. Carbon dioxide is vital to all life on Earth. As the Energy Tribune authors point out, “To generate real industrial jobs, however, you need a basic commodity to trade, such as oil, gas or coal.” This is in marked contrast to wind and solar energy. “The trouble is that alternative energy technologies currently don’t work. That is to say, they remain inefficient, offering a very poor energy return on investment.” “Cut off the flow of public subsidies and the alternative energy industrial revolution would grind to a halt tomorrow.” In the real world, in 2008 the Marcellus gas industry in Pennsylvania generated $2.3 billion in total value added, more than 29,000 jobs, and $240 million in state and local taxes. If you extrapolate that to other sectors of the energy industry, you would be looking at thousands of real jobs, not lost jobs, but President Obama and his sycophants would rather you not know about that. If you had a choice, would you prefer to see wind, solar and biofuel energy producers receive billions in taxpayer subsidies or would you prefer to see independent energy producers permitted to extract oil and natural gas or the coal industry have access to the U.S. reserves that would provide electricity for centuries to come? This is not mere conjecture. The experience of European Union nations demonstrates that “for every green job created, a real job is destroyed elsewhere in the economy.” Carbon regimes drive manufacturing to nations that do not impose limits on coal, oil and natural gas. For example, “Germany’s Angela Merkel is insisting on major exemptions for German heavy industry come December’s global climate summit in Copenhagen. Merkel’s government is also supporting the building of 26 new coal-fired power plants across Germany.” Compare that with one hundred such plants whose construction was thwarted in the United States by environmental groups such as the Sierra Club and Friends of the Earth. “In June, deputy head of Poland’s Solidarity trade union, Jaroslaw Gresik, estimated that the EU’s climate policy would cost 800,000 European jobs.” Widely circulated data from a study of the heavily subsidized wind and solar energy industry in Spain revealed that its alternative energy program destroyed nearly 110,500 jobs elsewhere in its economy or 2.2 jobs destroyed for every ‘green job’ created. Consumers there have seen their electricity rate increase by 31 percent. Other independent studies reveal that Obama’s claim of five million new “green” jobs would cost an estimated $500 billion to create. Wake up, America! The Big Lie about “Green jobs” is going to cost jobs. The Cap-and-Trade bill is a massive tax increase. The summer recess is the time to contact your Senator and Representative and tell them you oppose Cap-and-Trade. If it is passed, it will undermine the economy, cost jobs, and leave the nation increasingly dependent on the import of energy resources while our own lay underground, unexplored, untapped, unused. Source