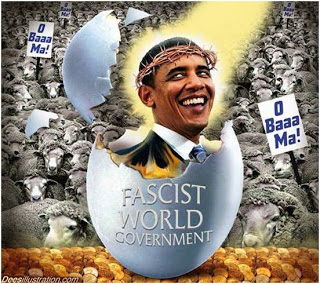 More and more scientists are actually looking at the “climate models” and have figured out the scam being promoted. Falling global temperatures, increased polar ice, and the latest data from the Russian researchers all point to an impending “Ice Age” approaching. Wonder how long Obama will promote the lie?

Back when I was in high school, I had one of the greatest science teachers in the entire world. Alyse Cooper actually made you think and to also prove or disprove your thoughts or the thoughts of others. It involved actually putting a “theory” to the test in real life. If the prediction happened, it was proven true and conversely, if real life didn’t support the theorem, it was proven false. This one simple fact is why the computer models that predict “anthropogenic global warming”, when taken to the real world tests, are failures and our politicians are relying on bad science to promote their issues. Michael R. Fox Ph.D., has published a real life, common sense report on these failures and when the actual evidence is studied, totally shows the scam involved in AGW proponents. In his report in the Hawaii Reporter he makes a very good point about the proper way to do research:

”In general, we look for a new law by the following process. First, we guess it. Then we compute the consequences of the guess to see what would be implied if this law that we guessed is right. Then we compare the result of the computation to nature, with experiment or experience; compare it directly with observation to see if it works. If it disagrees with experiment it is wrong. It’s that simple statement that is the key to science. It does not make any difference how beautiful your guess is. It does not make any difference how smart you are, who made the guess, or what his name is—if it disagrees with experiment (observation) it is wrong.” – Dr. Richard Feynman, “The Character of Natural Law”, the MIT Press, 1965, p. 156.

He points out that when you look at the data from the late 1800’s, you find periods of cooling and warming that have little, if any, direct correlation to CO2 (man-made) and temperatures. As oceans warm, the amount of CO2 released is billions of tons greater than any man-made contribution could ever be. Additionally, he points out that when you discount 95% of the main “greenhouse gas”, water vapor, 97% of the naturally occurring CO2, and the effect of the Sun on climate, you haven’t proven anything OTHER than you have bad science being promoted by politicians as “gospel truth”. Then we move to the next article that reveals what the Russians know as being fact regarding AWG. The Vostok ice cores represent some of the oldest ice core samples ever taken from the Earth. Because of their age, the conclusions being drawn do not support the hypothesis of AWG being the cause of any warming or cooling of the earth. Instead, they point to some very simple facts that every 12,000 years, the earth enters a period of global cooling that lasts for 110,000 years. We are currently in an interglacial period (warm phase) that has lasted for well over 16,000 years from the last major Ice Age and the resulting “dawn of man”. Basically, we are 4,000 years past due to enter another serious cooling period and measurements around the globe are supporting the fact they we indeed are entering another prolonged Ice Age. The article at NewsBusters tells the entire story which I find this interesting conclusion:

The Vostok ice core data graph reveals that global CO2 levels regularly rose and fell in a direct response to the natural cycle of Ice Age minimums and maximums during the past four hundred and twenty thousand years. Within that natural cycle, about every 110,000 years global temperatures, followed by global CO2 levels, have peaked at approximately the same levels which they are at today.

Once again, we as Americans are being manipulated by our own media. Are we finding these articles being published in the New York Times, the Washington Post, or any number of Socialist/Liberal media outlets?. Not on your life as they don’t support the POLITICAL agenda of the Liberal Left. AWG is being used to manipulate our energy sources, taxes, building of new power plants that use “fossil fuels”, and will ultimately lead to total control of the population of this nation as this nonsense continues to be proposed based on VERY BAD SCIENCE. You are going to discover, very shortly, that our President Elect, Barrack Obama is the major cheerleader of this scam. He is still trying to discover the “best way” to fight AWG when the reality is, IT DOESN’T EXIST. According to the scientific evidence, our soon to be President had instead, better be looking at ways to further the production of our own energy resources, finding means to provide livable homes to mankind, and figuring out what he will do with the millions of displaced people in the northern regions of this nation as the “global cooling” and the expansion of the glaciers happens over time causing uninhabitable regions of this nation. But then again, what can you expect from the Socialist/Liberals who desire control of this nation without regard to scientific facts. I guess it’s true: Facts don’t matter if you are a Liberal, only the “intent” is what counts.SOURCE

2 thoughts on “Obama, Climate Change, and Promoting a Scam for Political Power”