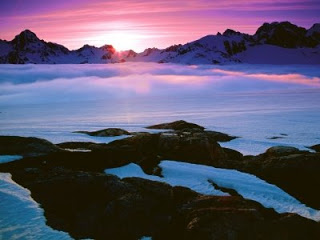 Written by Melanie Phillips, The Spectator

Yet another example of the bogus ‘research’ masquerading as science that is used to reinforce the man-made global warming fraud. One of the difficulties the green zealots have had is that Antarctica has been not warming but cooling, with the extent of its ice reaching record levels. A few weeks ago, a study led by Professor Eric Steig caused some excitement by claiming that actually West Antarctica was warming so much that it more than made up for the cooling in East Antarctica. Warning bells should have sounded when Steig said

“What we did is interpolate carefully instead of just using the back of an envelope.”

To those of us who have been following this scam for the past two decades, ‘interpolate carefully’ sounds like a bit of, er, creative calculation. And so it has proved. Various scientists immediately spotted the flaw in Steig’s methodology of combining satellite evidence since 1979 with temperature readings from surface weather stations. The flaw they identified was that, since Antarctica has so few weather stations, the computer Steig used was programmed to guess what data they would have produced had such stations existed. In other words, the findings that caused such excitement were based on data that had been made up. Even one of the IPCC’s lead authors sniffed a problem:

‘This looks like a pretty good analysis, but I have to say I remain somewhat skeptical,’ Kevin Trenberth, climate analysis chief at the National Center for Atmospheric Research said in an e-mail. ‘It is hard to make data where none exist.’

Well, yes. But then the invention of data that does not exist and the obliteration of data that does exist has been precisely how the man-made global warming fraud has been perpetrated right from the get-go. The most egregious example of this was the piece of ‘research’ that underpinned the entire IPCC/Kyoto shebang from 2001 when it was published — the so-called ‘hockey stick’ curve, which purported to show a vertiginous and unprecedented rise in global temperature in the 20th century. The problem with pegging such a rise to the evils of industrialisation had always been the Medieval Warm Period, during which global temperatures were warmer than in modern times. So the ‘hockey stick’ study dealt with that by simply managing to airbrush out the Medieval Warm Period and its subsequent corrective Little Ice Age altogether. Some seven centuries of global history were simply excised from the data — because an algorithm had been built into the computer programme which would have been created a ‘hockey stick’ curve whatever data were fed into it. This shoddy research was subsequently torn apart so comprehensively that it has been called the most discredited study in the history of science (and has been quietly dropped by the IPCC, leaving man-made global warming theory with no more substance than the grin on the face of the Cheshire Cat. Go here, here and here for a history of the titanic battle that ensued over its unmasking). The creator of this bogus ‘hockey stick’ curve was Michael Mann. And guess what? Michael Mann was a co-author of the Steig study of Antarctica.

‘Contrarians have sometime grabbed on to this idea that the entire continent of Antarctica is cooling, so how could we be talking about global warming,’ said study co-author Michael Mann, director of the Earth System Science Center at Penn State University. ‘Now we can say: no, it’s not true … It is not bucking the trend.’

And now as Andrew Bolt has noted Steve McIntyre, who with Ross McKitrick uncovered the ‘hockey-stick’ fraud in the first place, has delivered the coup de grace to the Steig/Mann Antarctica claim. Steig used data from a weather station called Harry. Bolt observes:

Harry in fact is a problematic site that was buried in snow for years and then re-sited in 2005. But, worse, the data that Steig used in his modelling which he claimed came from Harry was actually old data from another station on the Ross Ice Shelf known as Gill with new data from Harry added to it, producing the abrupt warming. The data is worthless. Or as McIntyre puts it: ‘Considered by itself, Gill has a slightly negative trend from 1987 to 2002. The big trend in ‘New Harry’ arises entirely from the impact of splicing the two data sets together. It’s a mess.’

With their reputations thus disappearing faster than the snows of Kilimanjaro, the zealots have become hysterical. Mann attacks a prominent sceptic, Lawrence Solomon, for citing the scientists’ criticisms of the Antarctica study, and is in turn answered by Solomon — an exchange reproduced in Canada’s Financial Post, for which Solomon writes, here and here. Mann repeatedly accuses Solomon of lying. In doing so, he has left himself dramatically exposed. Claiming that Solomon

repeatedly lies about my work

vindicated in a report by the U.S. National Academy of Sciences

This is, to put it mildly, disingenuous. While it is certainly true that the media reported it in this sheep-like way — thanks in part to the manner in which the NAS chose circumspectly to spin its own conclusions — it is nevertheless the case that in every important particular the NAS actually agreed with the McIntyre/McKitrick criticisms. Far from vindicating the ‘hockey stick’ graph, the NAS said that although it found some of Mann’s work ‘plausible’, there were so many scientific uncertainties attached to it that it did not have great confidence in it. Thus it said that

Mann et al. used a type of principal component analysis that tends to bias the shape of the reconstructions

and that he had downplayed the

uncertainties of the published reconstructions…Even less confidence can be placed in the original conclusions by Mann et al. (1999) that ‘the 1990s are likely the warmest decade, and 1998 the warmest year, in at least a millennium.’

What Mann also does not say in his diatribe is that a subsequent House Energy and Commerce Committee report chaired by Edward Wegman totally destroyed the credibility of the ‘hockey stick’ study and devastatingly ripped apart Mann’s methodology as ‘bad mathematics’. Furthermore, when Gerald North, the chairman of the NAS panel — which Mann claims ‘vindicated him’ – and panel member Peter Bloomfield were asked at the House Committee hearings whether or not they agreed with Wegman’s harsh criticisms, they said they did:

CHAIRMAN BARTON. Dr. North, do you dispute the conclusions or the methodology of Dr. Wegman’s report? DR. NORTH. No, we don’t. We don’t disagree with their criticism. In fact, pretty much the same thing is said in our report. DR. BLOOMFIELD. Our committee reviewed the methodology used by Dr. Mann and his co-workers and we felt that some of the choices they made were inappropriate. We had much the same misgivings about his work that was documented at much greater length by Dr. Wegman. WALLACE: ‘the two reports were complementary, and to the extent that they overlapped, the conclusions were quite consistent.’ (Am Stat Assoc.)

As Mark Twain might have put it, there are three kinds of lies — lies, damned lies and global warming science. Source