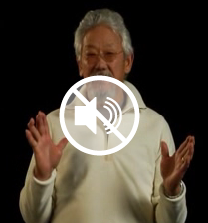 As the greatest hoax of the modern era, “global warming”, bites the dust around the world, it behooves us all to contemplate why environmentalists—Greens—would attempt to hoodwink the world’s population into believing they could do anything to “control” the planet’s climate.

One singular fact stands out in all Green propaganda and permeates all the legislation and other programs they sponsor. It is a contempt and disdain for the Earth’s human population. The leaders of the movement hate humanity. Obsessed with population growth, anything that can reduce it—disease, poverty, famine, or lack of energy is pursued as part of the Green agenda.

The Green movement grew out of an earlier, more salutary one, conservation. We can surely thank Americans such as John Muir and others who sought to preserve tracts of wilderness such as Yellowstone and the nation’s forested areas from the rampant depredations of the 1800s and early 1900s. The nation owes a debt of gratitude to President Theodore Roosevelt for the initial creation of national parks and forests.

As the nation industrialized, rivers suffered pollution and the air was polluted by factories that befouled both. In 1970 President Richard M. Nixon signed into being the Environmental Protection Agency which, empowered by the Clean Air and Clean Water Acts, can be credited to early success.

However, like all government agencies, the EPA has steadily sought to expand its powers and, aided by other environmentally related agencies such as the Fish and Wildlife Service and the Corps of Engineers, it has relentless pursued ever larger control over all the land and waters of the nation, and by extension over everyone’s life.

They pose a threat to the constitutionally protected right to private property, vital to the nation’s economy and a keystone of capitalism.

The growth of literally hundreds of “environmental” organizations has led to an endless barrage of scare campaigns, often without any basis in science, and used to undermine the industrial, agricultural, and transportation sectors of the nation’s economy.

On a global scale, the United Nations Environmental Program and its Intergovernmental Panel on Climate Change have pursued an agenda devoid of scientific merit or justification.

Greens lie and they lie all the time

The lies about Alar came close to wrecking apple growers. The lies about the spotted owl species laid waste to the northwest’s timber industry. New claims about alleged dangers from plastic bottles are based on lies.

The lie that carbon dioxide, a greenhouse gas, has anything to do with “warming” has driven the totally deceitful “global warming” hoax and is used to create a market for worthless “carbon credits” that ultimately increase the cost of energy and everything else.

The introduction of the Endangered Species Act is one long history of near constant failure in pursuit of a foolish goal, advocating for obscure species while thwarting all manner of projects useful to the human species. It has been used to impoverish farmers in Oregon and California.

The truth is that the Earth is actually cooling, not warming. Carbon Dioxide is not a “pollutant.” The North and South Poles are not melting. Sea levels worldwide are not rising any more than they have for millennia. Polar bears are thriving. Solar and wind energy is a bust, providing barely 1% of all electricity used daily nationwide.

The truth is that pesticides protect people against insect and rodent-borne diseases and property damage. Saving “endangered species” ignores the fact that 95% of all the species that previously existed are now extinct.

The truth is that nothing humans do has any affect on the climate that is dependent on solar and ocean cycles.

The Greens are now famous for their campaigns against products from toilet paper to plastic bags, bottles, and everything else made from plastic, a petroleum derivative. Anyone who buys “environmentally” approved products is being charged a premium for their own gullibility. Every supermarket and store in America has comparable, safe products at far lower costs.

Americans are constantly harangued to adopt Green lifestyles. Generations of young Americans have suffered the child abuse of being told that the Earth is doomed despite its 4.5 billion year existence.

Corporations that advertise and promote their “Green” credentials pander to environmental hoaxes in order to avoid criticism and generate an “environmentally friendly” public image.

The real environmental message speaks to a hatred of humanity and the many technological, medical, agricultural, and other achievements that have enhanced, improved, and saved the lives of millions.

If you hate energy, join an environmental organization.

If you hate science, join an environmental organization.

If you hate jobs in America, join an environmental organization.

If you hate industrial and agricultural development and progress, join an environmental organization.

And if you hate humanity, join an environmental organization.

Alan Caruba is the founder of The National Anxiety Center, a clearinghouse for information about “scare campaigns” designed to influence public opinion and policy. He blogs daily at factsnotfantasy.blogspot.com.

3 thoughts on “Saving the Earth by Hating Humanity”