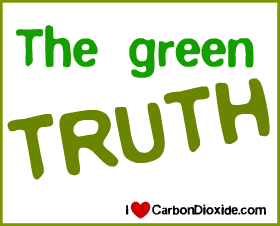 Here we go again. According to the mainstream and misleading Times Colonist in Victoria, Canada, all of us living in Vancouver and on Vancouver Island are in dire danger of sea level rise catastrophe. They “report”:

“The spectre of rising sea levels and ecological change from climate disruption show land-use plans for Vancouver Island and the B.C. coast will need to be revisited and recalibrated to account for rapid and unabated climate change.” “‘Once set in motion, sea-level rise is impossible to stop. The only chance we have to limit sea-level rise to manageable levels is to reduce emissions very quickly, early in this century. Later it will be too late to do much,’ says senior NASA scientist Stefan Rahmstorf in a recent article for the United Nations Office for the Co-ordination of Humanitarian Affairs.”

Oh really? From the NOAA, take a look at this accurate graph showing the past 100 years worth of sea level rise data from Victoria, on Vancouver Island: 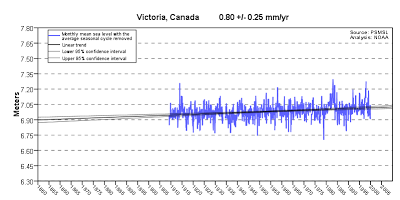 The sea level rise rate has not changed in Victoria in the last 100 years, and furthermore, worldwide sea levels have been slowly rising at the same pace for thousands of years. Nothing is accelerating, and in fact, it’s slowing down in many parts of the world as we continue our cooling trend and record polar ice packs keep getting thicker and thicker.
From the tone of the Times Colonist article and some “environmentalists” we see crusading every day, they would have us believe that somehow this normal rise over the last 100 years is being caused by driving our SUVs and leaving our cellphone chargers plugged in all day. Yes, yes indeed. I guess we better change the economy of the world and hark back to the stone age in order to save Victoria from yet another great green myth! At the current long-term rise rate the sea will rise 8cm (about 3 inches) in the next 100 years, again following the same path it’s been on since the last big ice age.
If things are too scary in Victoria for all the residents that have bought into Gore & Suzuki’s Big Green Misinformation Machine, then all the folks living there might consider emigrating to the city of Vancouver, on the mainland about 50 miles north of Victoria. They might feel better with the sea level rise rate there… 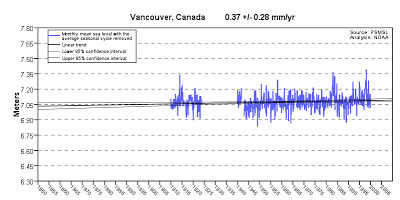 In Vancouver the sea level has risen a whole whopping 3.7 (1.5 inches) cm in the last 100 years, and it’s not accelerating either.Those who don’t wish to leave the Island can also move about 100 miles northwest to Tofino where they will be treated to something completely opposite of the terror of rising seas… 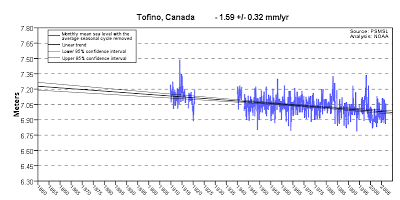 The rate of sea level rise varies form place to place and depends on a lot of factors. Changes in ice inventories every year (both up and down from year to year), ocean currents, the rising and falling of the land masses, geological effects, etc, all contribute. But they should not be used to foster panic for political ends by the likes of alarmists such as Vancouver’s own senile David Suzuki and his clueless sheep.
Discussing the effect of sea level rise on the Island or the BC sea coast would have to include the data I have shown above. So why isn’t any of this even mentioned in the Times Colonist article? Probably the same reasons newspapers like The Vancouver Sun all the way to The New York Times will continue to publish stories about “global warming” on an almost daily basis even though the planet has been cooling for over a decade straight. You would think a journalist who is seeking the truth, wherever it may lead, would manage to find this data. But it turns out that the author of this recent article in the Times Colonist is not a journalist, but rather he is Chris Genovali, the executive director of Raincoast Conservation. Chris Genovali is probably a fine person, and Raincoast Conservation may be a fine organization – I don’t know. But Genovali is not an objective person when it comes to the issue of sea-level rise in British Columbia or Vancouver Island, and is no doubt just another greenwashed climate change propagandist, whether he realizes it or not.Maybe he’s hoping for a piece of this massive $79 billion pie…
🙂