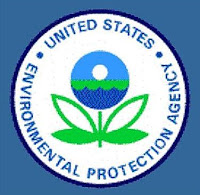 “A suppressed EPA study says old U.N. data ignore the decline in global temperatures and other inconvenient truths. Was the report kept under wraps to influence the vote on the cap-and-trade bill?

“This was supposed to be the most transparent administration ever. Yet as the House of Representatives prepared to vote on the Waxman-Markey bill, the largest increase in U.S. history on 100% of Americans, an attempt was made to suppress a study shredding supporter’ arguments.

“On Friday, the day of the vote, the Competitive Enterprise Institute said was releasing ‘an internal study on climate science that was suppressed by the Environmental Protection Agency.’”

All this, of course, makes “official” what this commentator and others, many of whom credentialed meteorologists and climatologists, have been saying now for YEARS.

There is NO global warming. The warming that began around1850 was an entirely NATURAL cycle, a response to a mini-ice age that had begun around 1300. There was and is NO PROOF that the presence of so-called “greenhouse gases” such as carbon dioxide had anything to do with the warming that occurred, nor that human activity contributed to it.

The EPA suppression of an internal document that disputes the assertion that underwrites the Waxman-Markey “Cap-and-Trade” bill that passed the House last week demonstrates the extent to which this present administration will go to impose taxation that will further bankrupt a bankrupt nation. A nation which, in the President’s own words “has no money.”

This bill now goes to the U.S. Senate where it must be rejected in whole or the further destruction of the nation will be greatly accelerated by its lies. The Republican leader in the House called it “a pile of sh-t”, a blunt and accurate assessment.

It is based on the same lies being told over and over again by environmental organizations like Friends of the Earth, Greenpeace, and the Sierra Club, and then repeated daily, weekly, monthly in the nation’s brain-dead media.

On a broad spectrum of critical issues, the EPA determines the outcome and then cooks the books to construct a reason to take action. It is an environmental Gestapo that has wreaked havoc with corporations and private citizens.

The lead author of the suppressed report was Alan Carlin, an MIT-educated senior research analyst and 38-year non-political appointee assigned only to perform fact and science-based analysis regardless of who occupies the White House.

The “facts”, the science, never supported the global warming hoax. That is why those who disputed it were first called skeptics and later called “deniers”, echoing the label given those who denied the Holocaust. In some liberal circles, there have even been calls to jail or kill global warming “deniers.”

The New York Times columnist, Paul Krugman, calls those who doubt global warming guilty of “treason against the planet.” Krugman, an economist, pontificates about meteorological science while offering economic advice that would further wreck the nation’s already tenuous economic foundations.

The EPA is so boldfaced in its lies that it claims that carbon dioxide is a “pollutant” and, of course, it intends to regulate it, but it is an atmospheric gas on which all vegetation depends. Without it, all vegetation dies and then everything else dies.

Carbon dioxide is produced, in part, by the use of energy and any restriction on energy production and use is a restriction on our modern lifestyle and our economy. Its taxation is at the heart of “Cap-and-Trade.” It would increase the cost of everything.

Global warming is the Big Lie that the EPA, the environmentalists, the Democrats and the President are putting forth as justification to unjustly impose a “Cap-and-Trade” tax. It must be defeated when it comes to a vote in the Senate.

One thought on “Warning Signs: The Lying EPA”